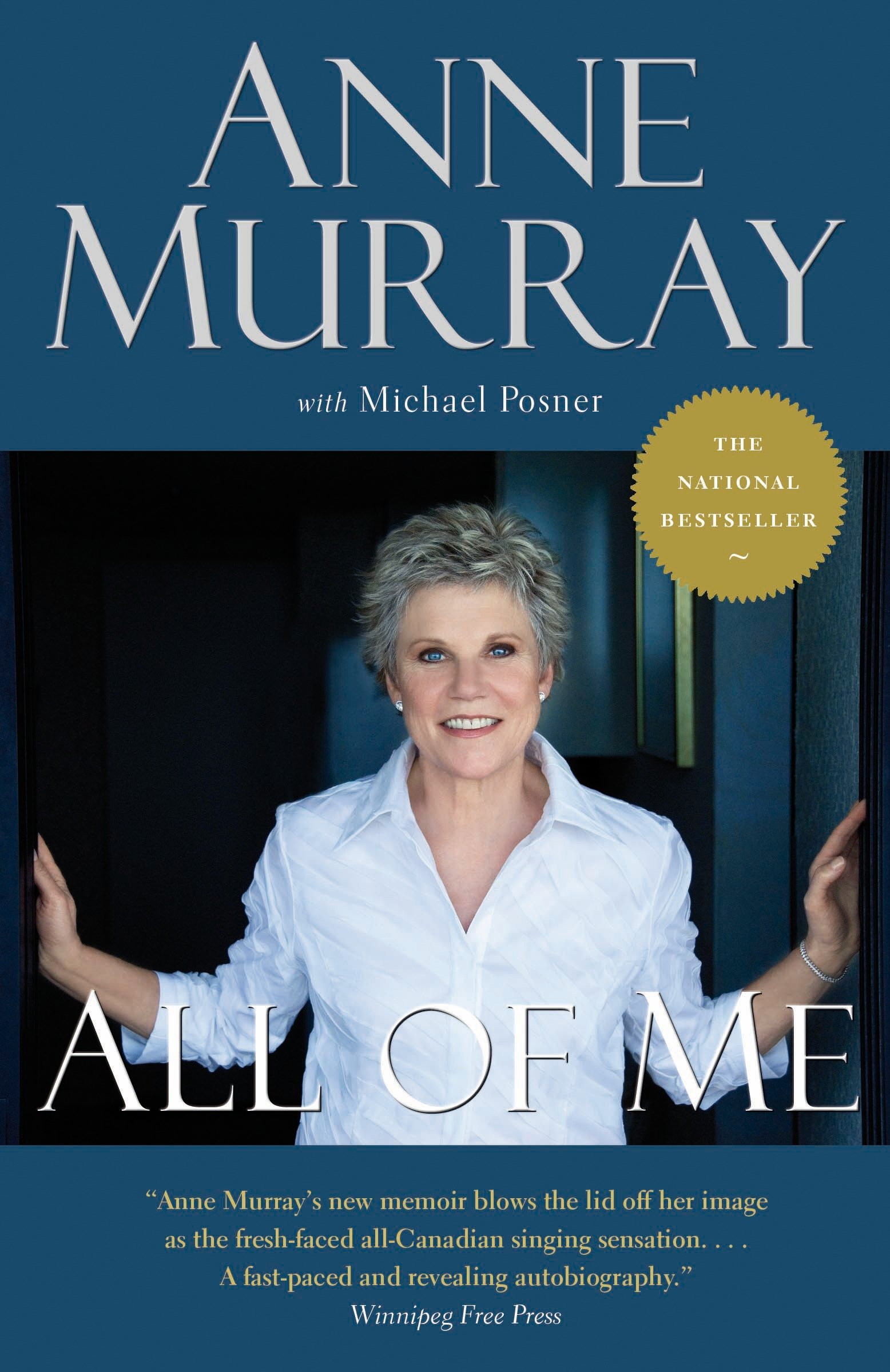 In this revealing autobiography, Canada’s first lady of song, for the first time, tells the whole story of her astonishing 40-year career in show biz. It is a candid retrospective of the extraordinary success achieved, and the prices that had to be paid.

“After ‘Snowbird’ hit, I was swept up like Dorothy in The Wizard of Oz, and catapulted into a strange new universe … If I thought for a moment that I was really in control of events, I was deluded.” Anne Murray

An unflinching self-portrait of Canada’s first great female recording artist, All of Me documents the life of Anne Murray, from her humble origins in the tragedy-plagued coal-mining town of Springhill, Nova Scotia, to her arrival on the world stage. Anne recounts her story: the battles with her record companies over singles and albums; the struggle with drug- and alcohol-ridden band members; the terrible guilt and loneliness of being away from her two young children; her divorce from the man who helped launch her career, Bill Langstroth; and the deaths of two of her closest confidantes. The result is a must-read autobiography by Canada’s beloved songbird.