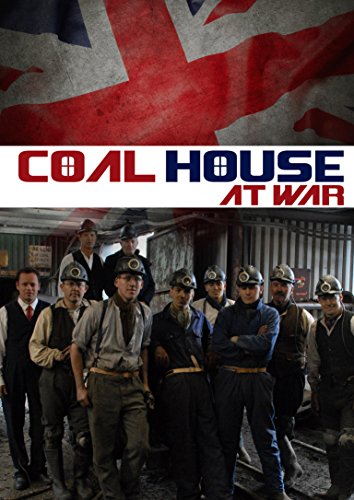 It’s Autumn 1944. Five-hundred miles from the frontline in the small mining community of Blaenavon, South Wales, three modern-day Welsh families swap their domestic comforts for the home front of the Second World War. There, the ironworks has narrowly escaped a German bombing raid, and two planes have crashed close to the local pub. Rudolf Hess, the former Deputy Leader of the Nazis, is being held in a nearby POW camp. Swansea is ablaze, and Bristol is on constant bomb alert. Despite victory being on the horizon, anxiety is high. The women work hard in the munitions factory, and the Bevin Boys and the miners are sent to the coalface to work for King and Country. Can our three families, the evacuees, and the Bevin Boys pull together for the final push in the war effort? Will it be victory or defeat? Coal House At War follows the drama, excitement, and tension of the Stack Square community as they experience the reality that those who lived through the war years experienced.

Hanes Men’s No Ride Up Briefs with Comfort Flex Waistband