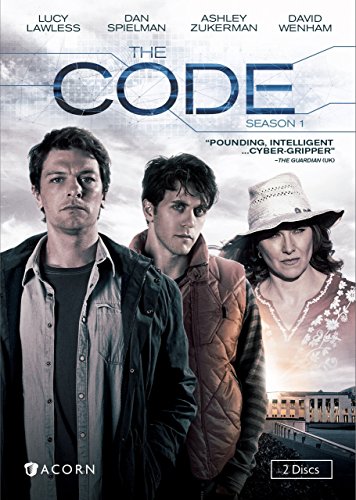 Lucy Lawless (Battlestar Galactica, Parks and Recreation), David Wenham (Top of the Lake), and Adam Garcia (Coyote Ugly) headline the outstanding ensemble cast in this multi-award-winning political thriller. Deep in the Australian outback, two joyriding teenagers are involved in a deadly crash, setting off an escalating chain of events that could unravel some of the government’s darkest secrets. When smartphone footage of the accident finds its way into the hands of Internet journalist Ned Banks (Dan Spielman, The Secret Life of Us), he and his brother, Jesse (Ashley Zukerman, Rush), a brilliant but unstable hacker, become targets in a high-stakes national conspiracy. To emerge with their freedom—and their lives—they’ll have to fortify their already volatile relationship in the face of those who want to do them harm. “Highly entertaining but chillingly prescient” (The Australian), The Code mixes top-notch performances, high-tech twists, and noirish intrigue for an utterly engrossing drama.