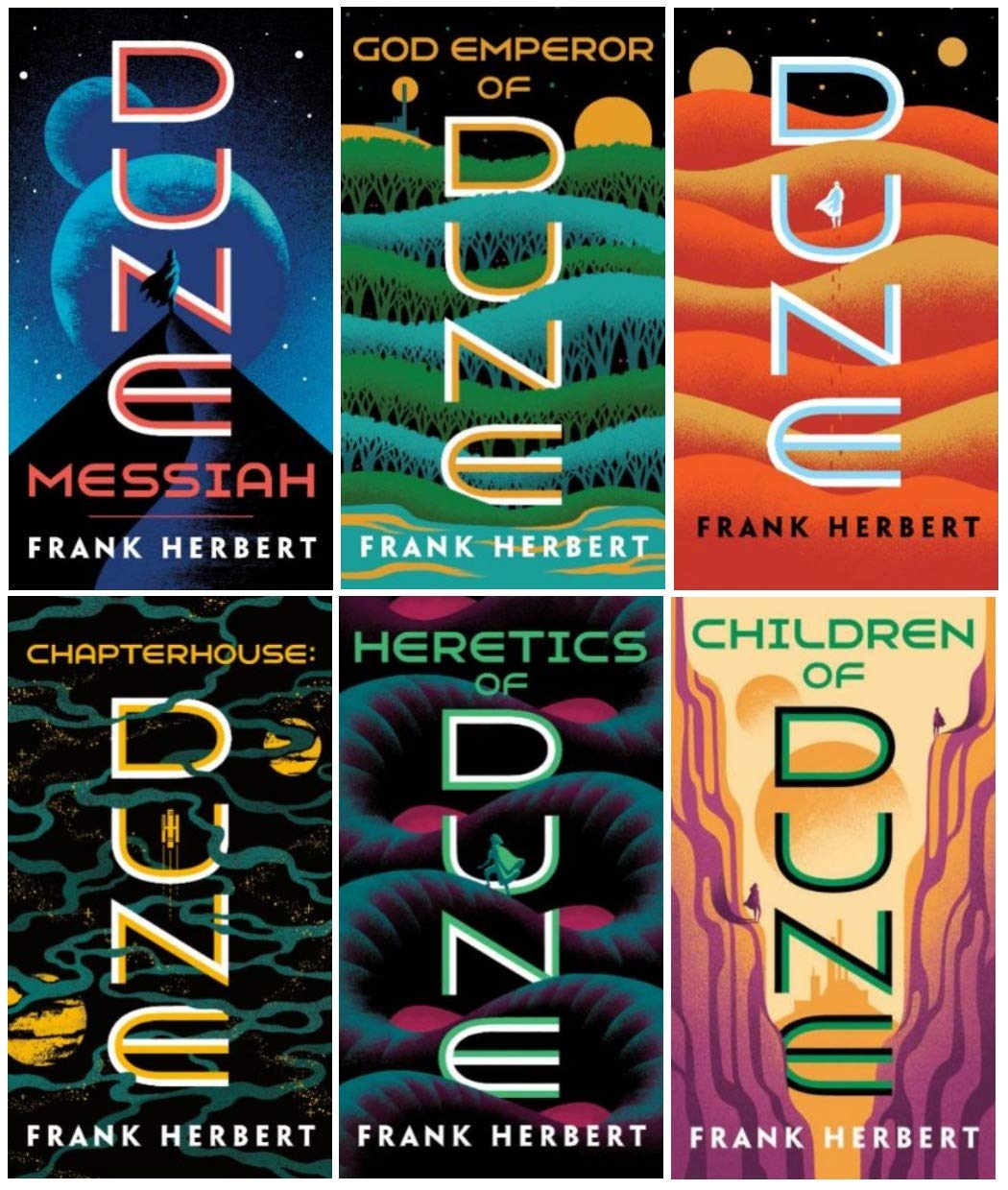 This set includes all 6 of the original Dune books including: Dune; Dune Messiah; Children of Dune; God Emperor of Dune; Heretics of Dune; and Chapterhouse Dune. The paperback books are the same size and form a matched set.

Frank Herbert’s classic masterpiece—a triumph of the imagination and one of the bestselling science fiction novels of all time.DUNE is considered one of the greatest science fiction novels of all time, and Frank Herbert left a lasting legacy to fans and family alikeAbout the AuthorFrank Herbert is the bestselling author of the Dune saga. He was born in Tacoma, Washington, and educated at the University of Washington, Seattle. He worked a wide variety of jobs—including TV cameraman, radio commentator, oyster diver, jungle survival instructor, lay analyst, creative writing teacher, reporter and editor of several West Coast newspapers—before becoming a full-time writer.
In 1952, Herbert began publishing science fiction with “Looking for Something?” in Startling Stories. But his emergence as a writer of major stature did not occur until 1965, with the publication of Dune. Dune Messiah, Children of Dune, God Emperor of Dune, Heretics of Dune, and Chapterhouse: Dune followed, completing the saga that the Chicago Tribune would call “one of the monuments of modern science fiction.” Herbert is also the author of some twenty other books, including The White Plague, The Dosadi Experiment, and Destination: Void. He died in 1986.

Bear’s Sonic Journals: Dawn of the New Riders of the Purple Sage