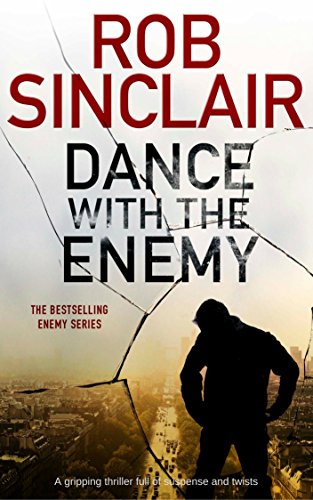 Dance with the Enemy is the action-packed and gripping first chapter in the highly-acclaimed and bestselling Enemy series of espionage thrillers featuring Carl Logan.

Carl Logan was the perfect agent. A loner. No real friends or family. Trained to deal with any situation with cold efficiency, devoid of emotion. But Logan isn’t the man he used to be, or the asset he once was. Five months ago his life changed forever when he was captured, tortured and left for dead by Youssef Selim, one of the world’s most violent terrorists. When Selim mysteriously reappears in Paris, linked to the kidnapping of America’s Attorney General, Logan smells his chance for revenge. Pursuing his man relentlessly, oblivious to the growing trail of destruction that he leaves in his wake, Logan delves increasingly deep into the web of lies and deceit surrounding the kidnapping. Finally, he comes to learn just what it means to Dance with the Enemy.

Praise for Rob Sinclair and Dance with the Enemy:

"A strong, dramatic and enjoyable debut novel.” – Cathy Ryan (Between the Lines blog)

"Carl Logan may be a battled hardened agent, but Rob Sinclair has managed to find his soul” – Treebeard (bestsellingcrimethrillers)

Rise of the Enemy
Hunt for the Enemy

The Blood of Emmett Till