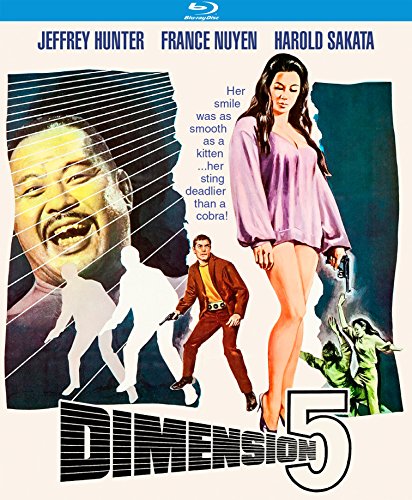 Newly Re-mastered from a 4K Scan by Paramount Pictures Archives! From the depths of the fifth dimension comes one of the most amazing spy thrillers of all time! Justin Power (Jeffrey Hunter, A Kiss Before Dying), an American intelligence agent, aided by Kitty (France Nuyen, Diamond Head), a Chinese-American female agent is in a desperate race against time to save Los Angeles from atomic destruction. Using a time-traveling belt, the duo battles an evil organization lead by Big Buddha (Harold Sakata, Oddjob of Goldfinger) with plans to import the bomb and destroy the city of angels. Franklin Adreon (Cyborg 2087) directed this one-of-a-kind Sci-Fi thriller written by Arthur C. Pierce (The Navy vs. the Night Monsters) and wonderfully shot by Alan Stensvold (Thunder Road).