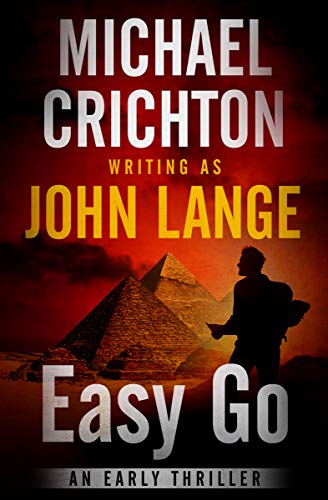 A thriller about an Egyptologist’s greatest find—and his quest to steal it—from the #1 New York Times–bestselling author of Jurassic Park and The Andromeda Strain.
Brilliant Egyptologist Harold Barnaby has discovered a message hidden inside a particularly difficult set of hieroglyphics. It just may lead him to a secret tomb holding the greatest riches of the ancient world. Barnaby could put his name to the most fantastic archaeological find of the century. But he doesn’t just want to dig it up. He wants to steal it.

With the help of a smuggler, a thief, and an English lord, he plans his heist. They find that tomb raiding is trickier than they thought, and those who steal from dead Egyptians face dangers worse than a mummy’s ancient curse.

This ebook features an illustrated biography of Michael Crichton including rare images from the author’s estate.

Crichton hiking while doing research for his novel Micro.

Crichton at the Salk Institute

Crichton as a postdoctoral fellow at the Salk Institute, 1969.