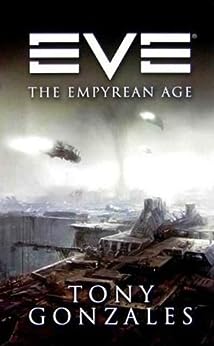 A clone with no name or past awakens to a cruel existence, hunted mercilessly for crimes he may never know; yet he stands close to the pinnacle of power in New Eden.

A disgraced ambassador is confronted by a mysterious woman who knows everything about him, and of the sinister plot against his government; his actions will one day unleash the vengeful wrath of an entire civilization.

And among the downtrodden masses of a corporation-owned world, a man named Tibus Heth is about to launch a revolution that will change the course of history.

The confluence of these dark events will lead humanity towards a tragic destiny. The transcendence of man to the dream of immortality has bred a quest for power like none before it; empires spanning across thousands of stars will clash in the depths of space and on the worlds within. Those who stand before the tides of war, willingly or not, must face the fundamental choices that have been with man for tens of thousands of years, unchanged since the memory of Earth was lost.

This is EVE, The Empyrean Age. A test of our convictions and the will to survive.

At the Publisher’s request, this title is being sold without Digital Rights Management Software (DRM) applied.