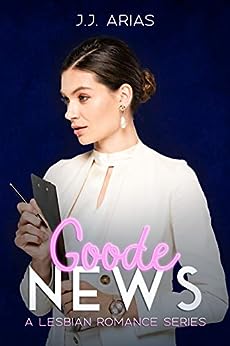 Rivals find the line between love and hate is even thinner than they knew in this addictive and steamy lesbian romance.

After years of hard work as a news anchor, Valentina is at the top of her game. But when the promise of her own show fails to materialize, she learns that her new, and highly unwanted, co-anchor Madison is to blame. Resentful that the too young and unproven Madison has stolen what’s hers, Valentina sets her sights on a national morning show in New York. In the meantime, she does her best to avoid Madison. A difficult task when they have to feign friendliness on-air.

Free-spirited Madison has no idea why the uptight Valentina is so impossible to please. She’s always won people over with her charm, but every attempt at befriending the ice queen only makes her more hostile. When she learns about a job in New York, she decides it’s time to leave tiny Tallahassee behind.

Both their plans get derailed after a hurricane threatens the Northern Florida coast. When the two women are forced to work together without time for snarky comments and oneupmanship, they see each other in a completely different light.

In this enemies-to-lovers, age-gap, workplace romance, fate dictates if they’ll get a second chance at a first impression.

Goode News is an entry in the bestselling Goode Girl lesbian romance series, telling the stories of women loving women in and around a small, all-women’s college in Northern Florida. Books can be read in any order.