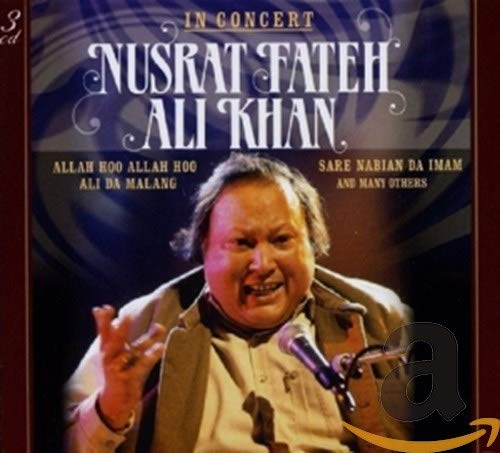 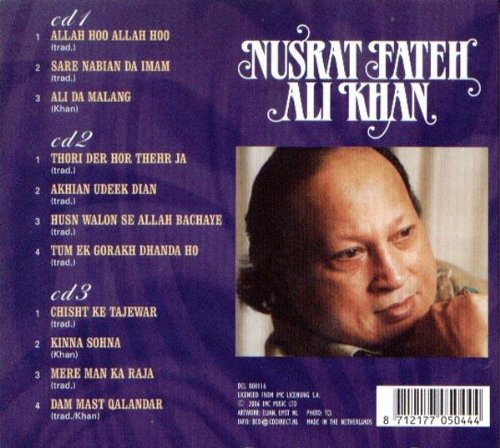 This riveting, powerful concert from Nusrat Fateh Ali Khan, world-renowned master of Qawwali, was recorded before an increasingly ecstatic audience in Birmingham, England, in 1993 – only four years before Nusrat’s death. This concert invites US to immerse ourselves in the dancing, mystical, hypnotic, and at times overwhelmingly infectious sounds that Nusrat’s brand of Sufi mysticism brought to audiences the world over – and was a key part of world-music iconography even before they were heard on the soundtrack to the feature film Dead Man Walking. Although Nusrat became known, in part through dance floor remixes, for adventurous collaborations with Western musicians – he freely mixed Funk, Rock, Fisco, and Jazz with Qawwali – this concert hews to the beautifully stripped-down traditions of the Qawwali ensemble in which Nusrat was raised. Harmonium drones, call-and-response singing, traditional drumming, and the trenchant, part-improvised vocalizing of the great Nusrat himself usher US into the mystical journey – part meditation, part erotica – that is Sufi devotion. By the end of the show, the concertgoers are dancing in the aisles – and the listener may be, too. A thrilling and moving evening. 11 tracks. Deluxe. *Also available separately as a DVD*.