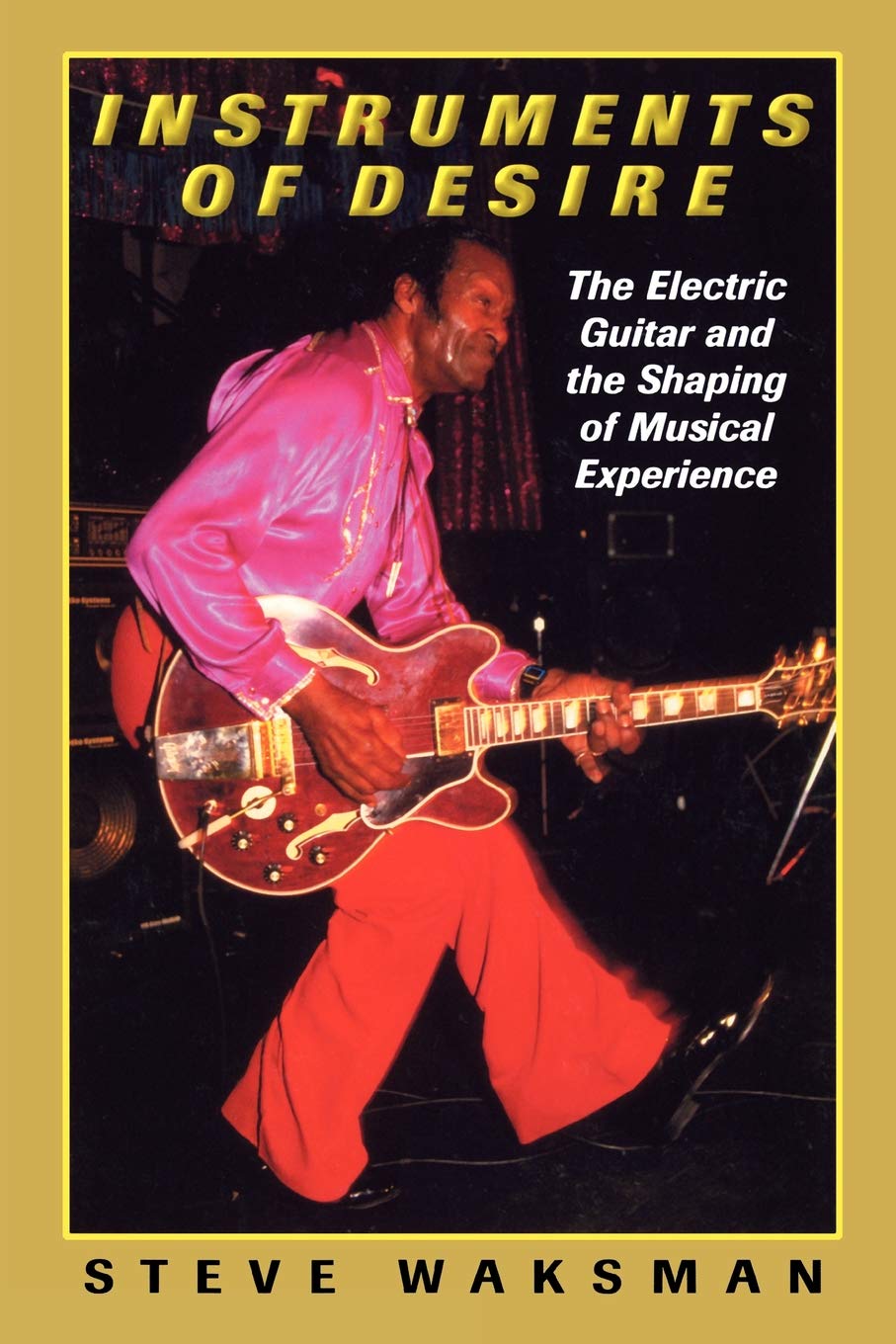 Around 1930, a group of guitar designers in Southern California fitted instruments with an electromagnetic device called a pickup–and forever changed the face of popular music. Taken up by musicians as diverse as Les Paul, Muddy Waters, Jimi Hendrix, and the MC5, the electric guitar would become not just a conduit of electrifying new sounds but also a symbol of energy, innovation, and desire in the music of the day. Instruments of Desire is the first full account of the historical and cultural significance of the electric guitar, a wide-ranging exploration of how and why the instrument has had such broad musical and cultural impact.

Instruments of Desire ranges across the history of the electric guitar by focusing on key performers who have shaped the use and meaning of the instrument: Charlie Christian, Les Paul, Chet Atkins, Muddy Waters, Chuck Berry, Jimi Hendrix, the MC5, and Led Zeppelin. The book traces two competing ideals for the sound of the instrument: one, focusing on tonal purity, has been favored by musicians seeking to integrate the electric guitar into the existing conventions of pop music; the other, centering on timbral distortion, has been used to challenge popular notions of “acceptable” and “unacceptable” noise. Instruments of Desire reveals how these different approaches to sound also entail different ideas about the place of the body in musical performance, the ways in which music articulates racialized and gendered identities, and the position of popular music in American social and political life.