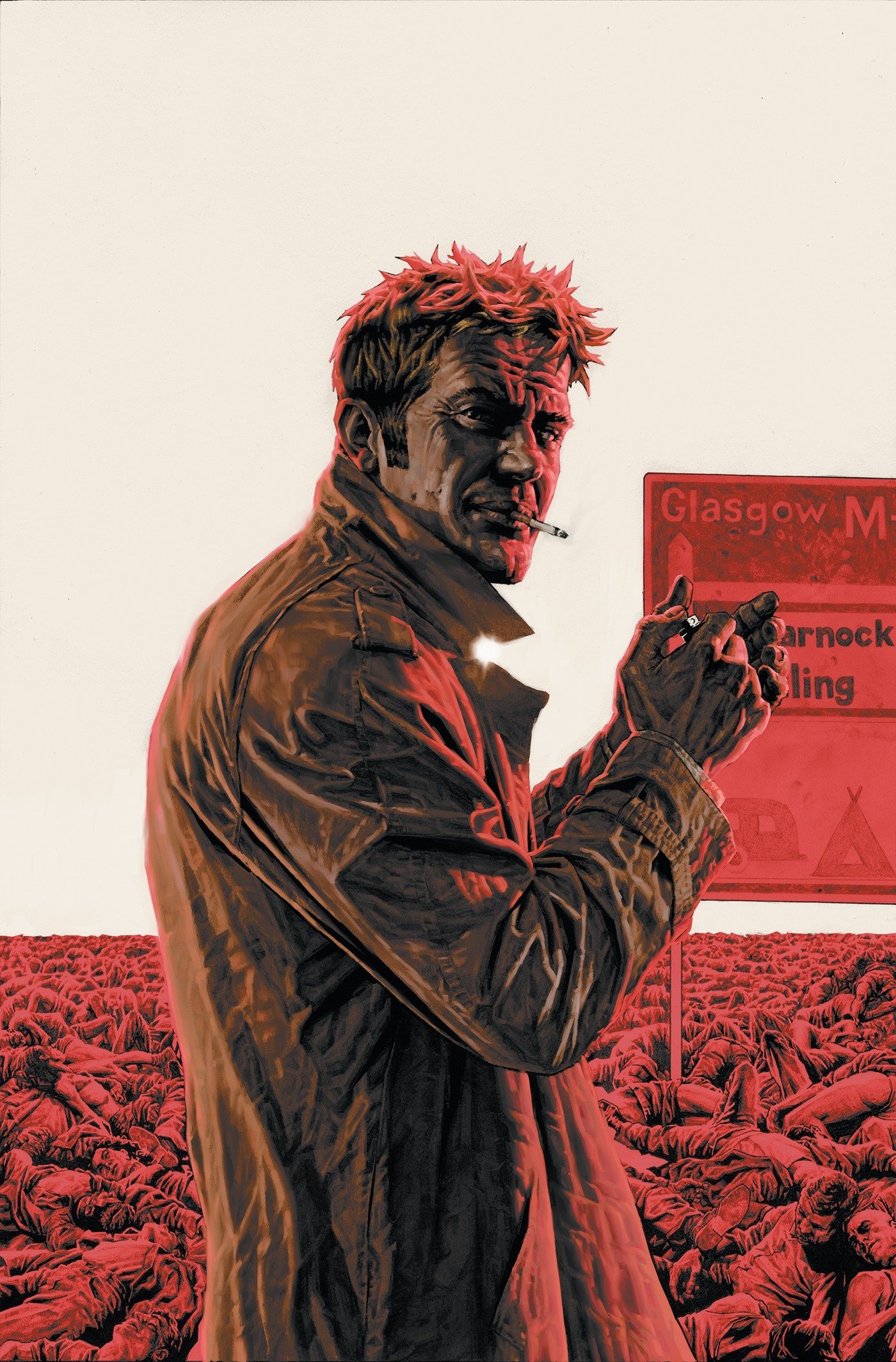 The human race is a vast herd–one that John Constantine separated himself from a long time ago. The lonely path he’s taken since then hasn’t been an easy one, but in the end it’s probably been for the best. Given his notoriety as England’s greatest street-level sorcerer, every tie that binds him to his fellow man is just another potential weapon for his infernal enemies to use against him.

Self-sufficiency, however, can all too easily shade into complacency–a lesson that John forgets when a desperate stranger corners him in a bar and pleads for his help. The simple spell he performs for his petitioner quickly ensnares the famed magician in a much larger web of ancient, elemental magic–and transfers his new acquaintance’s crippling burden of universal empathy squarely onto his shoulders.

Now Constantine must wage war against not only the powerful magus responsible for this hellish curse, but also the unfiltered emotions of an entire city. Typical for John’s luck, that city is Glasgow, Scotland–a world center for alcoholism, depression and barely concealed rage.

Celebrated crime novelist Denise Mina teams with acclaimed artists Leonardo Manco and Cristiano Cucina to feel each other’s pain in Hellblazer Vol. 19: The Red Right Hand, collecting Mina’s complete run on the series from issues #216-228 as well as the never-before-reprinted story “With a Little Help from My Friends” from issue #229 by Hellblazer emeritus author Mike Carey and guest artist John Paul Leon.