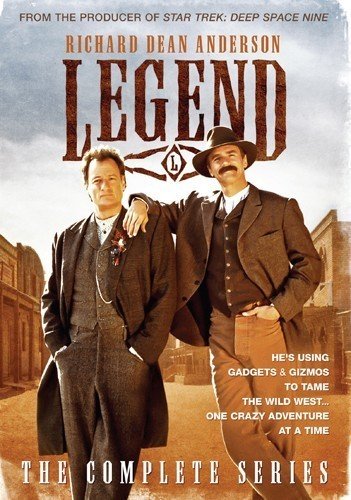 Richard Dean Anderson(TV’s MacGyver) steps into the irresistible and charming role of Ernest Pratt, a dime-store novelist who is living out the adventures of his fictional character Nicodemus Legend in the Old West. Co-starring John de Lancie (TV’s Star Trek: The Next Generation) as Janos Bartok a brilliant scientist, the duo teams up to fight for justice using Legend’s celebrity and Bartok’s outlandish inventions to make a real legend.

It’s Your Ship: Management Techniques from the Best Damn Ship in the Navy, 10th Anniversary Edition