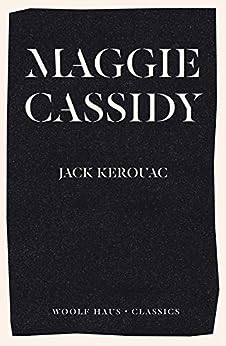 A touching autobiographical novel of adolescent love in a New England mill town, Maggie Cassidy is a remarkable, bittersweet evocation of the awkwardness and the joy of growing up in America.

Jack Kerouac was born in Lowell, Massachusetts, in 1922, the youngest of three children in a Franco-American family. He attended local Catholic and public schools and won a football scholarship to Columbia University in New York City, where he first met Neal Cassady, Allen Ginsberg, and William S. Burroughs. He quit school in his sophomore year after a dispute with his football coach. In 1947, enthused by bebop, the rebel attitude of his friends and the throng of hobos, drug addicts and hustlers he encountered in New York, he decided to discover America and hitchhike across the country. His writing was openly autobiographical and he developed a style he referred to as ‘spontaneous prose’ which he used to record the experiences. His first novel, The Town and the City, appeared in 1950, but it was On the Road, first published in 1957 and memorializing his adventures with Neal Cassady, that epitomized to the world what became known as the Beat Generation, and made Kerouac one of the most controversial and best-known writers of his time. Publication of his many other books followed, among them The Dharma Bums, The Subterraneans, and Big Sur. He died in St. Petersburg, Florida, in 1969, at the age of forty-seven.

Dance Me to the End of Love (Art & Poetry)