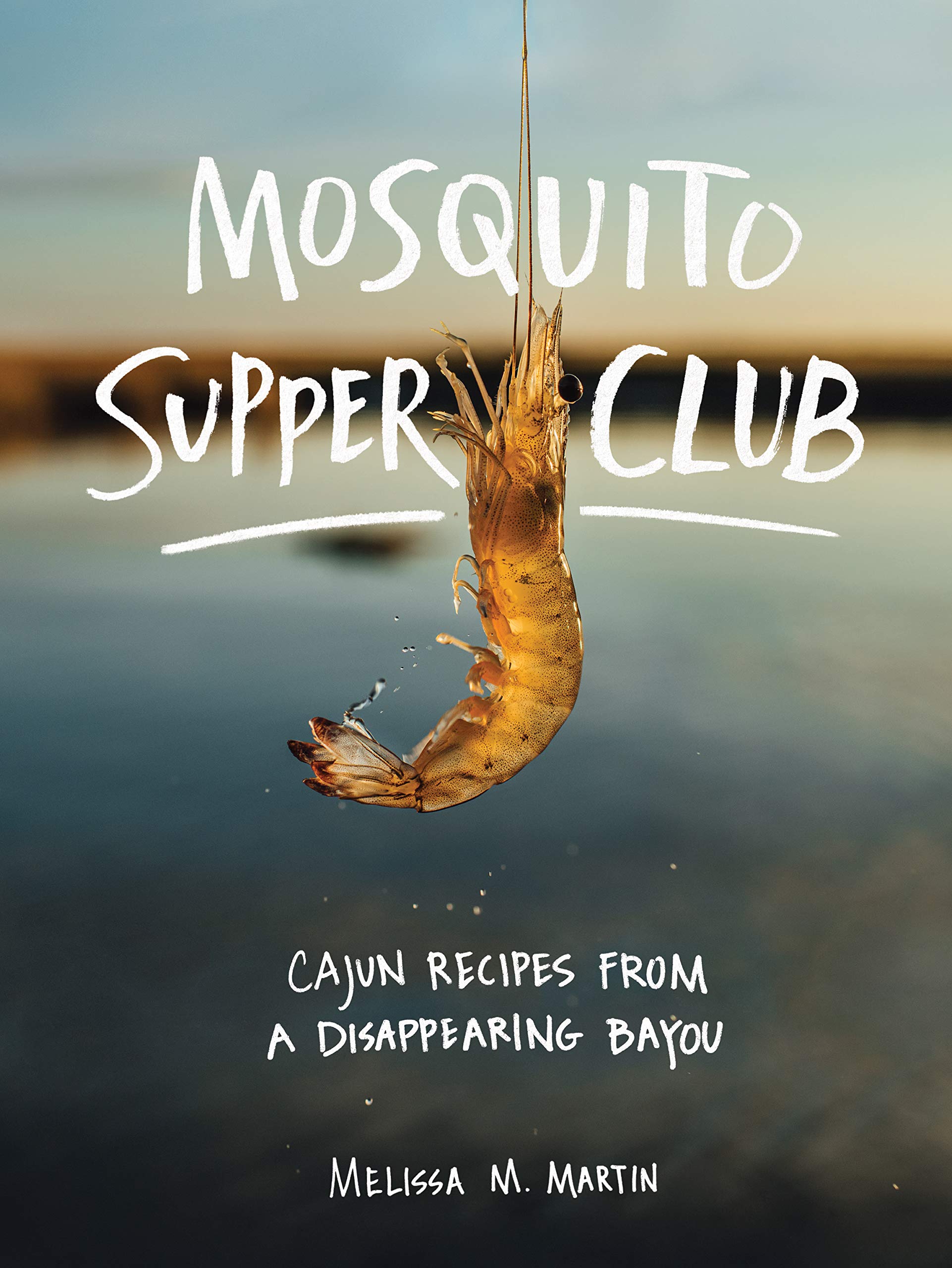 “Sometimes you find a restaurant cookbook that pulls you out of your cooking rut without frustrating you with miles long ingredient lists and tricky techniques. Mosquito Supper Club is one such book. . . . In a quarantine pinch, boxed broth, frozen shrimp, rice, beans, and spices will go far when cooking from this book.”
—Epicurious, The 10 Restaurant Cookbooks to Buy Now

Named after her restaurant in New Orleans, chef Melissa M. Martin’s debut cookbook shares her inspired and reverent interpretations of the traditional Cajun recipes she grew up eating on the Louisiana bayou, with a generous helping of stories about her community and its cooking. Every hour, Louisiana loses a football field’s worth of land to the Gulf of Mexico. Too soon, Martin’s hometown of Chauvin will be gone, along with the way of life it sustained. Before it disappears, Martin wants to document and share the recipes, ingredients, and customs of the Cajun people.

Illustrated throughout with dazzling color photographs of food and place, the book is divided into chapters by ingredient—from shrimp and oysters to poultry, rice, and sugarcane. Each begins with an essay explaining the ingredient and its context, including traditions like putting up blackberries each February, shrimping every August, and the many ways to make an authentic Cajun gumbo. Martin is a gifted cook who brings a female perspective to a world we’ve only heard about from men. The stories she tells come straight from her own life, and yet in this age of climate change and erasure of local cultures, they feel universal, moving, and urgent.

WITH RECIPES FOR ALL THE CAJUN FAVORITES

The key to bringing out okra’s natural deliciousness is to cook it hot and fast, so make sure your skillets are properly heated.

Preheat the oven to 425°F (220°C). Place two large cast-iron skillets in the oven to heat for 30 minutes. Line a baking sheet or platter with paper towels.

Carefully remove the hot pans from the oven and set them on the stovetop over medium-high heat. Keep the skillet handles covered to avoid burning your hands.

Add 1 tablespoon of the oil to each pan. Carefully place the okra in the pans in a single layer. Don’t crowd them. Sear in the skillets until golden brown, about 3 minutes, then flip the okra and cook for an additional 2 minutes.

Transfer the okra to the paper towels to soak up any excess oil and use a paper towel or rag to carefully wipe out the excess oil from the skillets.

Toss the okra back into the skillets and season with the salt, some black pepper, a touch of cayenne, and a squeeze of lemon juice. Serve immediately.

A couple turns of the pepper mill