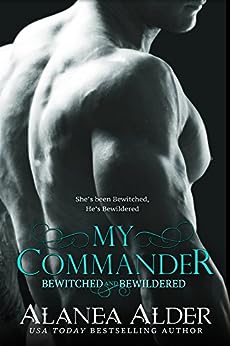 When the topic of grandchildren comes up during a weekly sewing circle the matriarchs of the founding families seek out the witch Elder to scry to see if their sons have mates. They are shocked to discover that many of their son’s mates are out in the world and are human!
Fearing that their future daughter in laws will end up dead before being claimed and providing them with grandchildren to spoil, they convince their own mates that something must be done. After gathering all of the warriors together in a fake award ceremony the witch Elder casts a spell to pull the warrior’s mates to them, whether they want it or not.

Aiden McKenzie is adamant that he doesn’t need a mate and that she would only get in the way. He doesn’t have time to coddle a female. He likes his world run with military precision. Little does he realize, Fate is sending him his mate first! He meets his destined mate Meryn Evans and things go downhill from there. She is the embodiment of chaos. In the first twenty-four hours she kicks, screams and knocks her bear shifting mate unconscious.

Eventually they discover that life before finding each other may have been good, but life afterwards is perfect, even if it involves super soaker battles and accidentally discharging hand grenades.

Unfortunately the joy of their mating is overshadowed when Aiden and Meryn find themselves embroiled in a missing persons case assigned to Aiden by the Lycaonian Council. By assisting Aiden, Meryn finds herself the focus of a demented killer.

Can Aiden and the elite warriors from the Alpha Unit keep Meryn safe? Or did Fate bring her to Lycaonia to die?

How We Know What Isn’t So: The Fallibility of Human Reason in Everyday Life