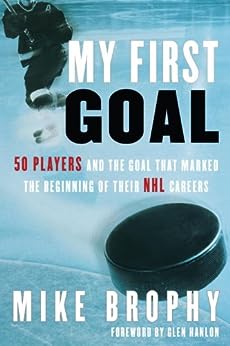 Every player who ever scored in the NHL has a different story about his first goal. For some, like Wayne Gretzky, Gordie Howe, or Phil Esposito, their first goal was just one of many they would score in their long and illustrious careers. For others, their first goal was also their last. Sports journalist Mike Brophy has interviewed fifty players about their first NHL goal, and the result is a wide-ranging wealth of personal stories that include high-profile former NHLers and many of the game’s best players from today. Some players, such as Chicago Blackhawks captain Jonathan Toews, scored in their first NHL game. Others were not so lucky. Jim Vesey, for example, scored his only NHL goal into an empty net. With lots of direct quotes from the players themselves and Brophy supplying the tantalizing background information and career highlights, this book is a treat for hockey fans young and old.
Tags: Beginning, CAREER, Goal, Marked, NHL, Players

How to Sign Up for Amazon Prime Membership: The Illustrated Step by Step Guide to Sign Up/ Renew Your Prime Subscription in Less Than 60 Seconds (Quick Guide Book 1)