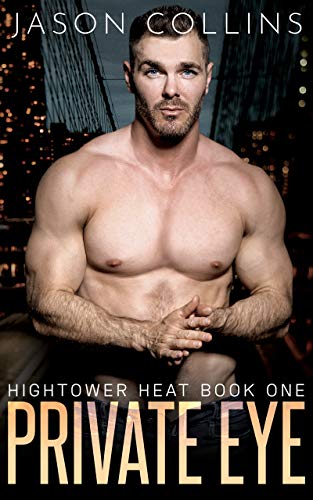 He’s a hands-on investigator, and he wants to search me top to bottom.

As a librarian, I spend all day around novels, so I know the rule: when a mysterious, sexy stranger comes to your rescue, you fall right into his arms. But Hawthorne isn’t just my savior—he’s a PI on a case, and I’m his next point of interest.

Someone wants me to sell my childhood home so they can build fancy condos in its place. I’m not moving. So they’re trying to force me out, and I’m feeling the heat. Nobody believed me until Hawthorne, and he’s stepping up to be my knight in suit-and-tie.

Those handsome features and sculpted body come with a sharp mind—and a dirty one. Hawthorne’s going to save my home, and he won’t stop until I’m satisfied.

This case is in my hands, but I can’t keep them off James.

I don’t usually end up rescuing librarians while on a stakeout. Of course, James isn’t your typical librarian—he’s anything but quiet once we’re in the bedroom. I can’t take my eyes off him, and not just because he’s got a face to die for. James might be the key to the case I’m investigating.

I’m hunting the crook who ruined my brother—the same guy who wants to steal James’s house. He can’t get James to sell, so his tactics have turned underhanded and illegal. But James won’t be coerced. Not while I’ve got his back.

I’m usually reserved, but James and I are electric together, and not just when he’s under my sheets. As the pressure builds, so do my feelings for him, and that pressure needs to be released—soon.

I’m leaving no stone unturned, and no shirt unripped.

This is the first book in the Hightower Heat series. It can be enjoyed as a standalone with no cliffhanger. Readers can expect an extra spicy MM romance with several steamy scenes. Heat level: 10.