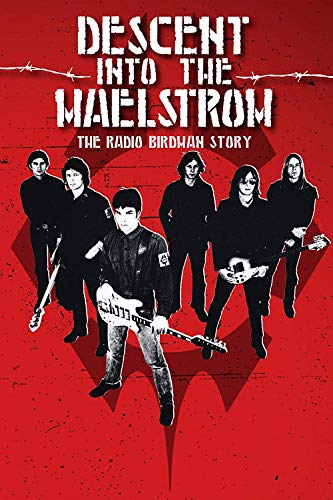 The true story of Radio Birdman, the pre-punk band that changed Australian music forever. This critically acclaimed documentary, shows the uncompromising attitude and high energy rock’n’roll ethos of the band that was the prototype for independent music in Australia. The film features interviews with all surviving members of the original band, along with rare archival footage and photos. The DVD contains 60 minutes worth of bonus material including live footage and interviews. In 1974 Deniz Tek and Rob Younger form Radio Birdman with a strict rule of no compromise and a raucous Detroit-style rock’n’roll. But Radio Birdman are shut down and kicked out of pubs in Sydney. Too confronting for the music industry, they started their own venue, The Funhouse and brought a new music to the ‘New Race’ of inner-city kids, looking for a soundtrack to rebellion. The ‘bookish’ band, including two medical students, became outlaws to the record industry, doing things their own way and releasing their own records before being spotted by Seymour Stein of Sire Records. But Radio Birdman’s intensity turned inwards, and cracks started to appear in the band. During the 1978 tour of the UK the original band broke up acrimoniously. By that stage they had created a scene. Like the Velvet Underground or The Sex Pistols, everyone who saw them started their own band. Years later Radio Birdman reform, but internal conflict remains and they struggle to find peace with each other. ‘Descent into the Maelstrom’ is an uncompromising story, sometimes brutal, always honest. It’s the story of any band, with intensity to the nth degree. Called ‘effing brilliant!’ and ‘the best rock documentary ever made’, it’s a must for ANYONE interest in music, in bands and in high energy rock’n’roll.