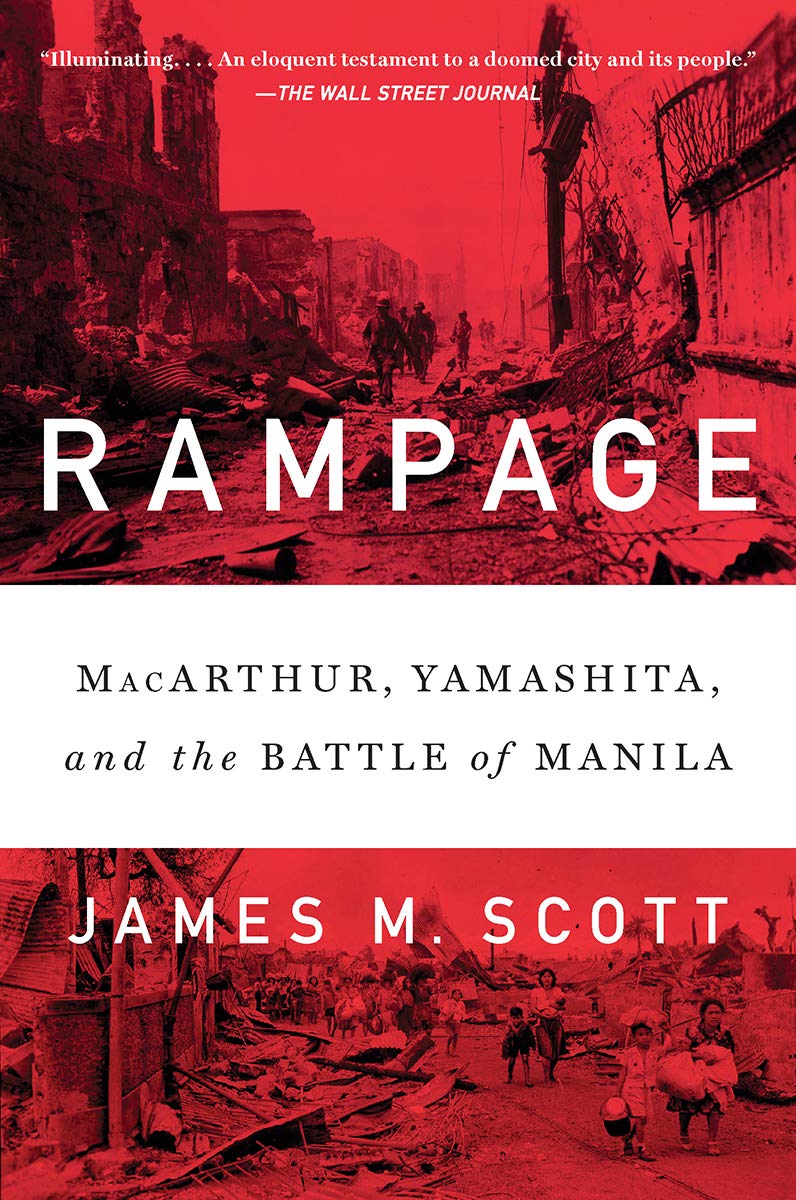 “Illuminating.… An eloquent testament to a doomed city and its people.” ―The Wall Street Journal

In early 1945, General Douglas MacArthur prepared to reclaim Manila, America’s Pearl of the Orient, which had been seized by the Japanese in 1942. Convinced the Japanese would abandon the city, he planned a victory parade down Dewey Boulevard―but the enemy had other plans. The Japanese were determined to fight to the death. The battle to liberate Manila resulted in the catastrophic destruction of the city and a rampage by Japanese forces that brutalized the civilian population, resulting in a massacre as horrific as the Rape of Nanking. Drawing from war-crimes testimony, after-action reports, and survivor interviews, Rampage recounts one of the most heartbreaking chapters of Pacific War history.