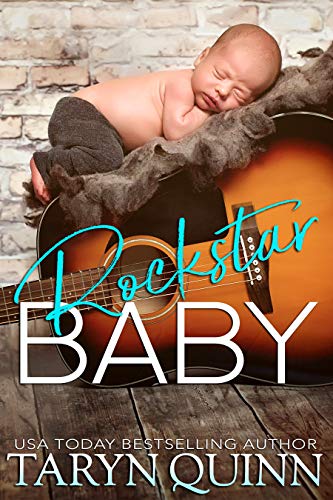 I could see the tabloids now.

Yeah, I play guitar and sing occasionally. But my main role is as a producer for other musicians.

That’s why I came to Crescent Cove—to help rockstar Kellan McGuire with his first solo project.

Not to get stuck in a surprise snowstorm with a smart, funny lass with big brown eyes and a very flexible…body.

The next night, I was on a flight back to LA.

I returned to town months later. To help Kellan. Right.

And to lose myself in Ivy again and again, even when the cops tried to thwart us. (They only temporarily succeeded.)

The next time I come back, ready to fight for my woman, Ivy has a swollen belly.

I’ve spent my life running, and second chances come at a price. But I won’t give up until I’ve made her mine. Forever.

Her and our baby.

Author’s Note: Surprise! Producer Rory Ferguson is the first character to cross over from our Oblivion World…but he isn’t the last! He doesn’t start out as a daddy, but his unexpected baby with Ivy will be his biggest production yet.

Author’s note part deux:Rockstar Baby is a romantic comedy with a HEA and no cliffhanger.