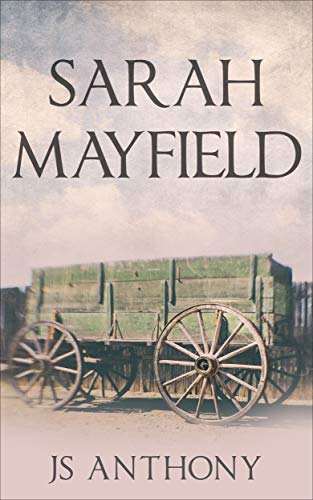 An unexpected journey of the heart.

The war is over and Sarah Mayfield has put the sorrows of her life in Virginia behind her. On the strength of three letters she has traveled by railroad, riverboat and stagecoach to meet her new life out west. Grady McGuire, her intended and the author of those letters, though formally dressed and still holding a bouquet of wilted prairie flowers, is unfortunately passed out drunk in a buckboard behind the saloon.

That new life isn’t beginning quite as she envisioned it. As she attempts to salvage the promises they made to each other, she finds herself involved with others in town with their own stories to tell:

Diego, the Mexican hotel cook possessed of an exquisite repertoire of French dishes, has a secret that he hopes he never has to tell.

Jim, Booker and the boy Abraham, Grady’s long-suffering hands, are her new family. They run the ranch Grady didn’t intend to inherit and love him even though they can’t keep him out of trouble.

Ellen, Grady’s strong-willed mother, lies under a headstone out by the river, but won’t quite stay dead.

Last but not least, there is Elijah Blue, a member of the tribes, shotgun rider and horse trainer, who drove cattle with Grady from the time they were barely out of childhood, and is now waiting to see if his friend can make amends with the woman from the East, the one in the black traveling dress covered with dust, the one that he noticed the minute she stepped down off the stage.