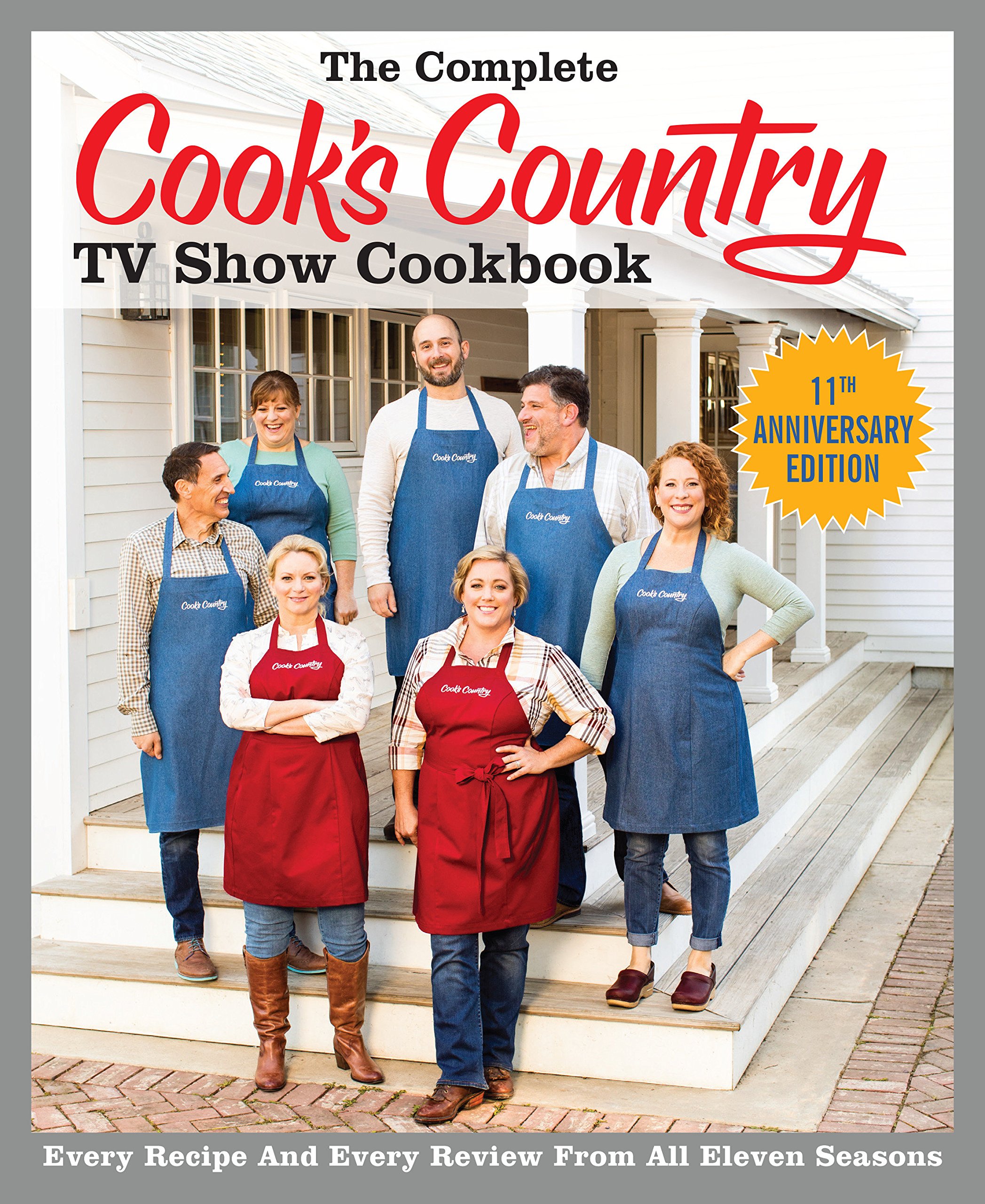 Every recipe from the hit TV show brought to life in one colorful volume.

Cook along with the TV show! Celebrate over a decade of recipes, road trips, and equipment and ingredient reviews, including all-new recipes from Season 11. This is not your average best-of-American-home-cooking book. With an emphasis on regional and heirloom fare, this eclectic collection offers foolproof methods for making more than 400 recipes from all over America–from small towns to big cities, coast to coast, and everywhere in between. You’ll get American classics like Glazed Meatloaf, Roast Beef, Whipped Potatoes, and Mile-High Lemon Meringue Pie, plus little-known local gems like Baltimore Pit Beef, Tennessee Pulled Turkey Sandwiches, New Jersey Crumb Buns, and Oregon Blackberry Pie.

In addition to all the great recipes, home cooks get a glimpse into the origins and inspiration behind many of the dishes. A comprehensive shopping guide lists not only the ingredients and equipment winners featured on the TV show but also dozens of other products given the coveted America’s Test Kitchen seal of approval.

Recipes From All Eleven Seasons

There are so many different kinds of ‘American’ food, and here at Cook’s Country, we celebrate them all. We look at rural foods, from low country Shrimp and Grits to Grilled Cowboy Cut Rib-Eyes. We look at city foods, from Nashville Hot Fried Chicken to Citrus-Braised Pork Tacos perfected at a family-run spot in East Los Angeles. We search high and low, and in between for recipes from every community in the country, the old ones and the new, from centuries-old Common Crackers to modern-day Magic Chocolate Flan Cake. And we bring all these ideas back to the test kitchen, where we never stop working hard to create simple, foolproof recipes for you.

To ensure that all three components emerge from the oven well browned and and cooked just right, we call for an easy broccoli-salmon switcheroo part way through roasting. A simple stir-together of chives, mustard, and lemon gives this simple meal some pizzazz and adds a fresh note.

We chose lean ground beef for its rich flavor and add a panade to it, which produces a soft-textured, easy-to-layer meat sauce. A a no-cook cream sauce with lots of Pecorino Romano and a little cornstarch for further thickening replaces the traditional bechamel sauce or layer of grainy ricotta.

Our challenge in creating a recipe for Detroit pizza—a crispy, buttery pizza from the Motor City—was figuring out how to mimic the tender crumb, the mild and melty cheese (which can be found only in Michigan), and the vibrant tomato sauce that covers the pizza.

When it was first published in the magazine (way back in 2010), 94% of the subscribers surveyed said they’d make it again. The recipe will be featured for the first time on the TV show this fall, along with the story of our visit to Wellesley College to trace the recipes roots.