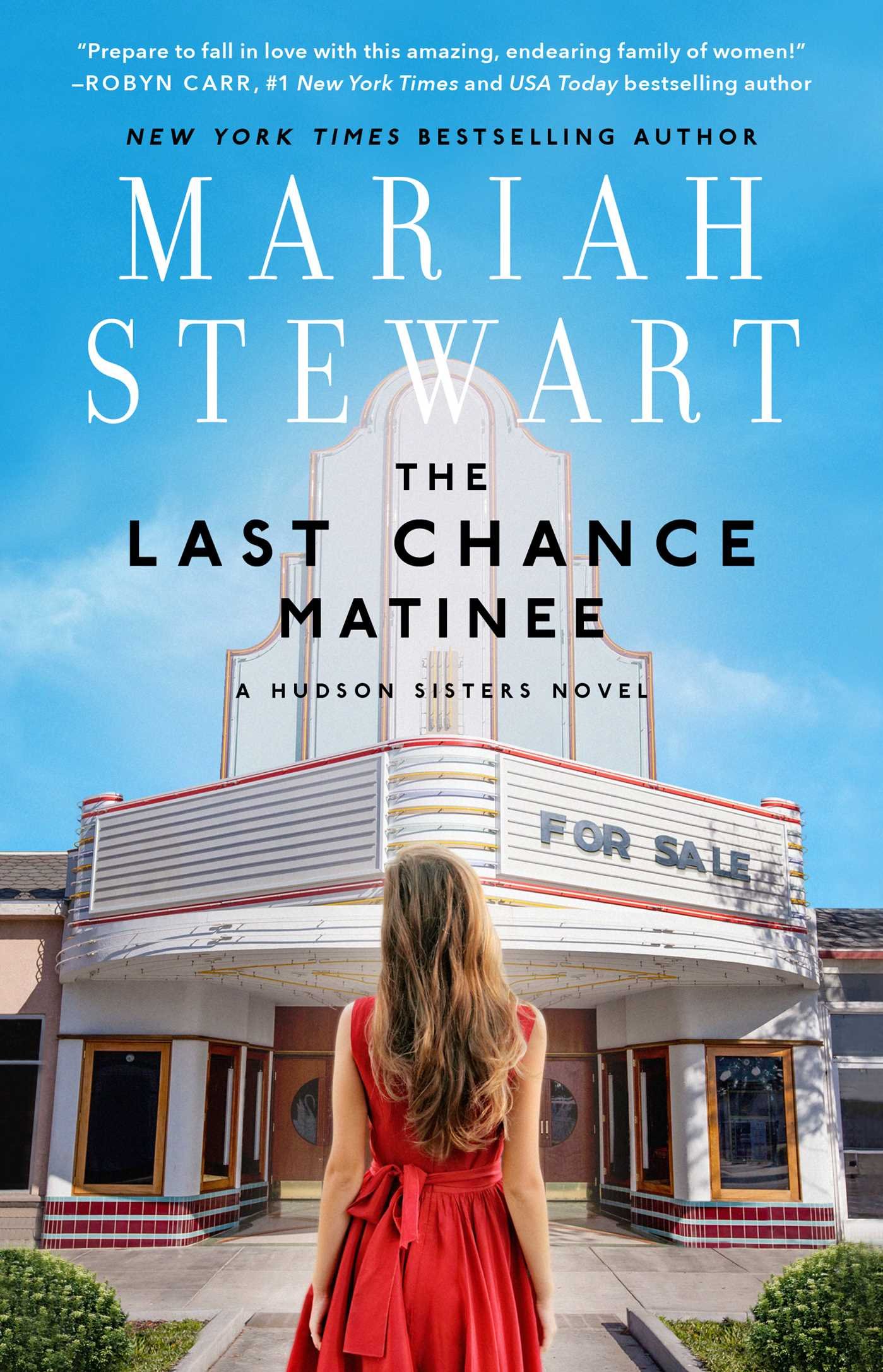 From New York Times bestselling author Mariah Stewart comes the first novel in her all-new series, The Hudson Sisters, following a trio of reluctant sisters as they set out to fulfill their father’s dying wish. In the process, they find not only themselves, but the father they only thought they knew.

When celebrated and respected agent Fritz Hudson passes away, he leaves a trail of Hollywood glory in his wake—and two separate families who never knew the other existed. Allie and Des Hudson are products of Fritz’s first marriage to Honora, a beautiful but troubled starlet whose life ended in a tragic overdose. Meanwhile, Fritz was falling in love on the Delaware Bay with New Age hippie Susa Pratt—they had a daughter together, Cara, and while Fritz loved Susa with everything he had, he never quite managed to tell her or Cara about his West Coast family.

Now Fritz is gone, and the three sisters are brought together under strange circumstances: there’s a large inheritance to be had that could save Allie from her ever-deepening debt following a disastrous divorce, allow Des to open a rescue shelter for abused and wounded animals, and give Cara a fresh start after her husband left her for her best friend—but only if the sisters upend their lives and work together to restore an old, decrepit theater that was Fritz’s obsession growing up in his small hometown in Pennsylvania’s Pocono Mountains. Guided by Fritz’s closest friend and longtime attorney, Pete Wheeler, the sisters come together—whether they like it or not—to turn their father’s dream into a reality, and might just come away with far more than they bargained for.
Tags: Book, Chance, Club, Hudson, Matinee, Recommendation, Series, Sisters