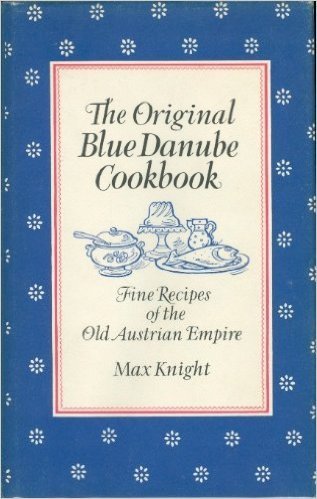 The ORIGINAL BLUE DANUBE COOKBOOK, offered in response to an extraordinary demand, is the published version of a handwritten lined notebook that contained blank sheets when it was bought in 1900 in Vienna, Austria. For the next 60 years, Mrs. Margaret Kühnel, a superb cook of the old-fashioned Austrian Empire kind, recorded in that notebook the most popular recipes in her repertory. She never tired sharing her skill with friends, usually in lengthy telephone conversations. When her 80th birthday approached, her son, a professional editor, transcribed her notes, translated them into English, and had them privately printed to surprise her with seeing her own notes as a book along with copies to give away to friends who asked her for her recipes. It was strictly a family affair. Or so they thought. The local newspapers got wind of the story and the persona who had the book tried the recipes and discovered their value. Word got around, and within a few weeks all 1,000 copies that had been printed were gone. A hurriedly printed second run of another thousand went equally fast. At this point, the publishers decided to publish the small book “officially”, illustrate it, and share it with a wider public. The book contains the favorites of the famous Viennese cuisine and also the finest dishes customarily served in Vienna but originating in the countries that made up the Austrian Empire before WWI, especially Hungary and Bohemia. None of the recipes are copied from other books, all of them have their own, highly personal slant. Frau Kühnel lived to age 90 but her authentic recipes live on happily preserved in that labor-of-love first privately printed account.
Tags: Austrian, Blue, Cookbook, Danube, Empire, Fine, Original, Recipes