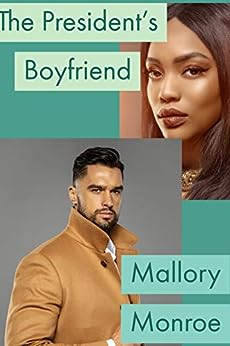 Katherine “Kay” Laine is poised to become the first black woman to serve as President of the United States. If that wasn’t enough of a jolt to her system, she is hit with a situation from her past ten days before the election. The only person that can help her now is the very person who once broke her heart. But time and need collide, and she has no choice but to seek his help.

Nicholas “Nico” Bacard is nobody’s knight in shining armor. A former fixer for the mob, he’s now one of the most notorious mob bosses in the world who stays under the radar by fixing problems for powerful people who keeps his face out of the papers and his name off of the government’s watch list. But when the only woman he has ever loved calls in need of his help, he is more than willing to become her knight. He sets aside all to help Kay. But after he helps her, and after she achieves her lifelong goal and becomes president, will she want him tomorrow?

The President’s Boyfriend is a fast-paced romantic thriller that answers the age-old question: can two people find true love when the entire world opposes their union?

What I Did For a Duke: Pennyroyal Green Series