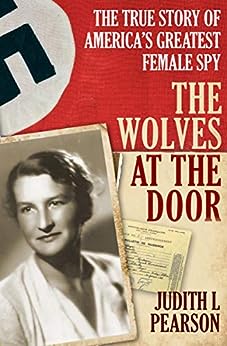 This WWII espionage biography brings "one of America's greatest spies back to life” in a “story of derring-do and white knuckles suspense” (Patrick O'Donnell, author of Operatives, Spies, and Saboteurs)

Virginia Hall left her comfortable Baltimore roots in 1931 with dreams of becoming a Foreign Service Officer, but her gender—and her wooden leg—kept her from pursuing politics. As Hitler advanced across Europe, she put her gift for languages to use with the British Special Operations Executive, a secret espionage organization. She was soon deployed to occupied France where she located drop zones, helped prisoners of war flee to England, and secured safe houses for agents.

Soon, wanted posters appeared throughout France, offering a reward for Hall’s capture. By 1942, Hall had to flee France via the only route possible: an arduous hike on foot through the frozen Pyrénées Mountains. Upon her return to England, the American espionage organization, the Office of Special Services, recruited her and sent her back to France disguised as an old peasant woman. While there, she was responsible for killing 150 German soldiers and capturing 500 others. Sabotaging communications and directing resistance activities, her brave work helped change the course of the war.