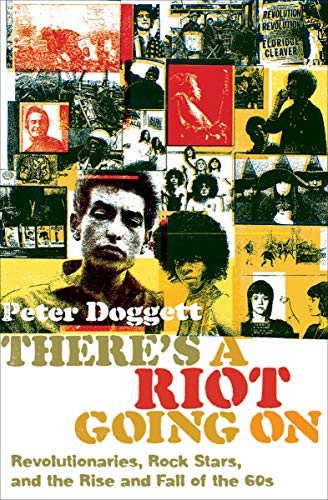 “Doggett’s encyclopaedic account of Sixties counter-culture is a fascinating history of pop’s relationship with politics.” —The Independent

Between 1965 and 1972, political activists around the globe prepared to mount a revolution. While the Vietnam War raged, calls for black power grew louder and liberation movements erupted everywhere from Berkeley, Detroit, and Newark to Paris, Berlin, Ghana, and Peking.

Rock and soul music fueled the revolutionary movement with anthems and iconic imagery. Soon the musicians themselves, from John Lennon and Bob Dylan to James Brown and Fela Kuti, were being dragged into the fray. From Mick Jagger’s legendary appearance in Grosvenor Square standing on the sidelines and snapping pictures, to the infamous incident during the Woodstock Festival when Pete Townshend kicked yippie Abbie Hoffman off the stage while he tried to make a speech about an imprisoned comrade, Peter Doggett unravels the truth about how these were not the “Street Fighting Men” they liked to see themselves as and how the increasing corporatization of the music industry played an integral role in derailing the cultural dream. There’s a Riot Going On is a fresh, definitive, and exceedingly well-researched behind-the-scenes account of this uniquely turbulent period when pop culture and politics shared the world stage with mixed results.

“A fresh and near-definitive slant on a subject you might have thought had been picked clean by journalists and historians.” —Time Out London

How to Sell on Amazon in 2020: 7 FBA Secrets That Turn Beginners into Best Sellers