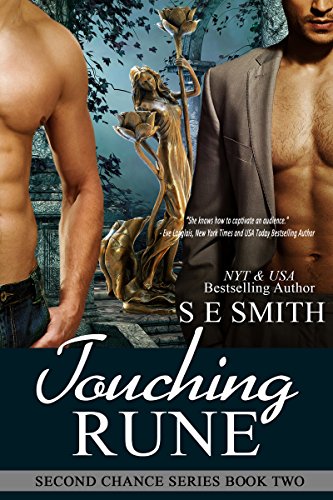 This 2nd book in the Second Chances series stands on its own with a vivid, never-before-seen cast of characters, starring another woman who remembers her own death.

Destiny can be cruel or kind….

Rune August has lived again and again through many different time periods, but has never found tranquility until she walked into St. Agnes Home for Orphans in New York City in 1894. When her new home is endangered, she doesn’t hesitate to fight back — and win. But that win comes at a terrible price.

Refusing to leave the children unprotected, Rune becomes the beloved statue in their center garden, sending out an aura of welcome to children who desperately need to be loved, but eventually the orphanage is renovated, and Rune finds herself packed away and sold.

Sergei Vasiliev and his best friend and bodyguard, Dimitri Mihailov, run one of the most powerful computer software development companies in the world. Both men carry deep scars from their life on the streets and from living in the world of the ultra-rich, but at an auction for charity, Sergei makes a purchase for them both because there is something… enthralling about the statue of the young woman. Somehow, she touches an unexpected need deep inside him, and he knows Dimitri will feel the same.

Neither of them are aware that within is a seething Viking — until the statue comes to life and sparks fly!

Internationally acclaimed S.E. Smith presents a new action-packed story full of adventure and romance. Brimming with her signature humor, vivid scenes, and beloved characters, this book is sure to be another fan favorite!