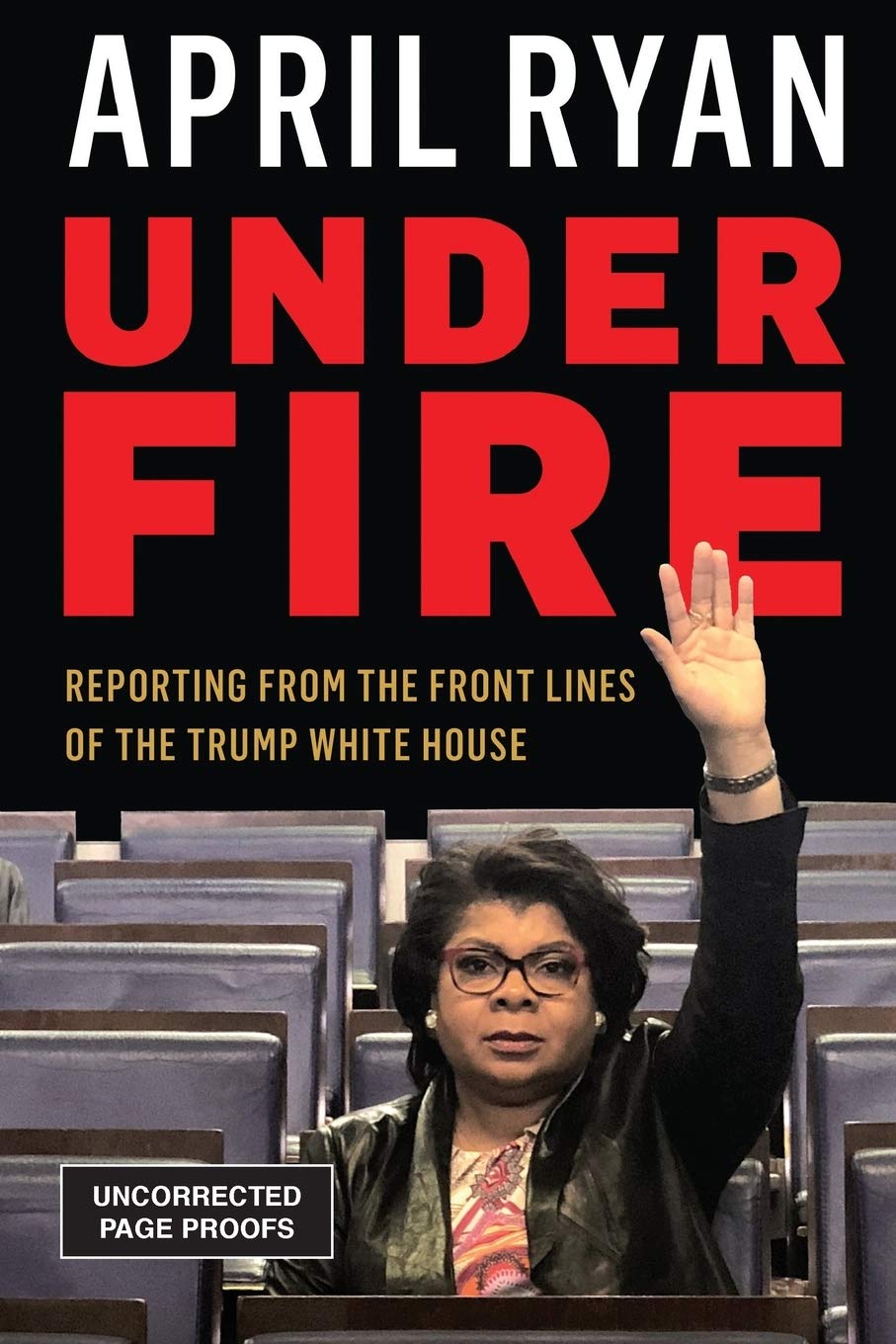 Veteran White House reporter April Ryan thought she had seen everything in her two decades as a White House correspondent. And then came the Trump administration.

Under Fire, Ryan takes us inside the confusion and chaos of the Trump White House to understand how she and other reporters adjusted to the new normal. She takes us inside the policy debates, the revolving door of personnel appointments, and what it is like when she, as a reporter asking difficult questions, finds herself in the spotlight, becoming part of the story.

With the world on edge and a country grappling with a new controversy almost daily, Ryan gives readers a glimpse into current events from her perspective, not only from inside the briefing room but also as a target of those who want to avoid answering probing questions. After reading her new book, readers will have an unprecedented inside view of the Trump White House and what it is like to be a reporter