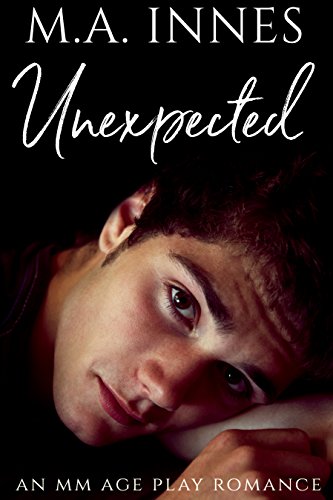 Ryland was perfectly happy with his head buried in the sand.

Ryland was convinced that there had to be something better than racing toward adulthood. He just wasn’t sure what it was. Between the decisions about college majors and careers, and never-ending responsibilities, all he wanted to do was let it all go and just unwind. Unfortunately, everyone else’s idea of fun was more stressful than relaxing.

Holden never expected to find the sub of his dreams at the grocery store.

Overhearing the voice on the next aisle talking about how much fun baby biscuits and kiddie snacks were was the last thing Holden expected to happen at the grocery store. But it was music to his ears. Except, the sexy voice didn’t seem to understand what his preferences might actually mean.

As Ryland discovers that growing older doesn’t have to mean growing up, Holden wants to be the Daddy who gets to show him how perfect being little can be.

Unconditional Love is a series of three standalone books that all follow the same timeline closely. While they can be read individually, the series reads best in order.

Blood of Angels (Halfway Between Book 2)