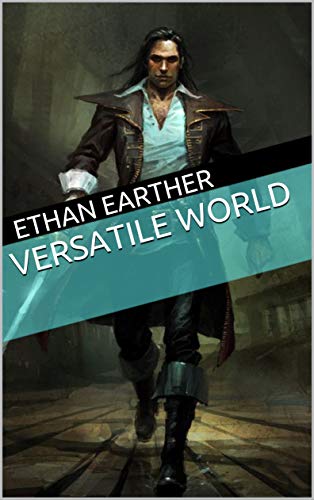 Manako Tsukasa is one of the top tier players of the game, Alternate World. However, before he managed to reach the top, he originated from the bottom and experienced different sorts of humiliation and downsides. Instead of being down and depressed, he used those events as motivation to rise up, resulting in becoming one of the strongest Magic Knight player. Also, due to the game, he found the love of his life. When he was about to get married to the woman he is engaged with, he discovered that he was one of the few targets to be assassinated and she was tasked to do so. Without knowing who did it, he furiously escape.

After desperately escaping death, he encountered a similar person in the alley, bloodied and out of breath. Manako recognized this person to be the creator of the game, Alternate World. The creator then handed him out an item that will return him to his past self, hoping that he will be the one who can change their destiny. He was also entrusted to travel back in time with a peculiar data that can only be accessed back in the past since he is already dying. Desperate to survive, he grabbed the item and decided to return.

He woke up once again, in his 17-year-old body where the game is still launching. In his hands, is the weapon entrusted by the creator that has been transported with him? With his photographic memory and the data in his past, he won’t just go down easily now that he had returned to the past. Instead of choosing the Magic Knight class, he instead choose the class that most players have to struggle with using. However, after doing a few things different from the past timeline, he found out that the past is now rewritten slowly as he messed up the events that should unfold, making a new future. Questions and mysteries slowly arises as he pieced together everything he knew. And what is the secret behind the game? Is it really a game or something more?

CLIMB! Conquer Hills, Get Lean, and Elevate Every Ride