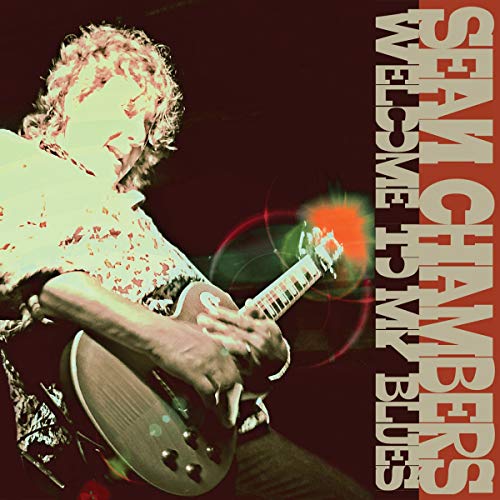 "On October 19th 2018, Sean Chambers releases his 7th album ""Welcome To My Blues"" on American Showplace Music. The follow up to Chambers’ previous critically acclaimed Billboard charting album Trouble & Whiskey this album is also produced by Ben Elliott who has recorded classic artists such as Eric Clapton, Keith Richards, Billy Gibbons, and Steve Miller among others. The core band on the album, aside from Sean on lead vocals and lead guitar, includes John Ginty on Hammond B3 & keyboards, Todd Cook on bass and Moe Watson on drums. Special guest Jimmy Bennett plays slide guitar and backing vocals on track #6.

Welcome To My Blues features 11 smokin’ tracks from Chambers, including 8 new original Sean Chambers compositions, and 3 covers, including Cherry Red Wine by Luther Allison, All Night Long by T-Bone Walker and Boxcar Willie by John Ginty.

Sean Chambers continues to tour with his band throughout the U.S., Canada and Europe. "

The Summer That Made Us: A Novel